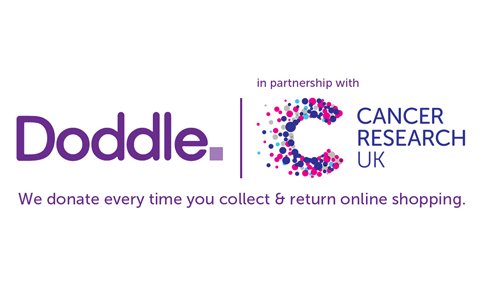 What a good idea, a reliable parcel service combined with the convenience of Cancer Research UK shops, plus the added bonus of a donation to the charity. 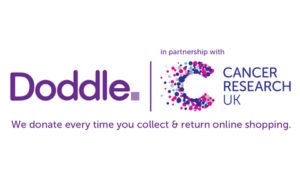 Doddle, the purple parcel people, has today announced a new partnership with leading UK charity, Cancer Research UK enabling consumers to click and collect their online shopping and contribute to a charitable cause at the same time.

The partnership leverages the fantastic high street locations of Cancer Research UK shops, as convenient locations for consumers to collect and return their online shopping from their favourite high street brands.

Cancer Research UK is aiming to reach more supporters through this initiative, with female shoppers aged 18-30 a particular target.  It hopes to increase awareness of the charity’s activities and to bolster donations from and sales to the fast-fashion set. Doddle’s established partnerships with retailers such as Amazon, Asos, Missguided and PrettyLittleThing mean it’s uniquely placed to facilitate an introduction r Cancer Research UK with this target audience.