Wixams ” Retirement Village ”  near Bedford is the 15th such village opened by the Extracare Charitable Trust.

Another unique design, bright and spacious, with lots of facilities and it definitely has the  “ feel-good factor “ 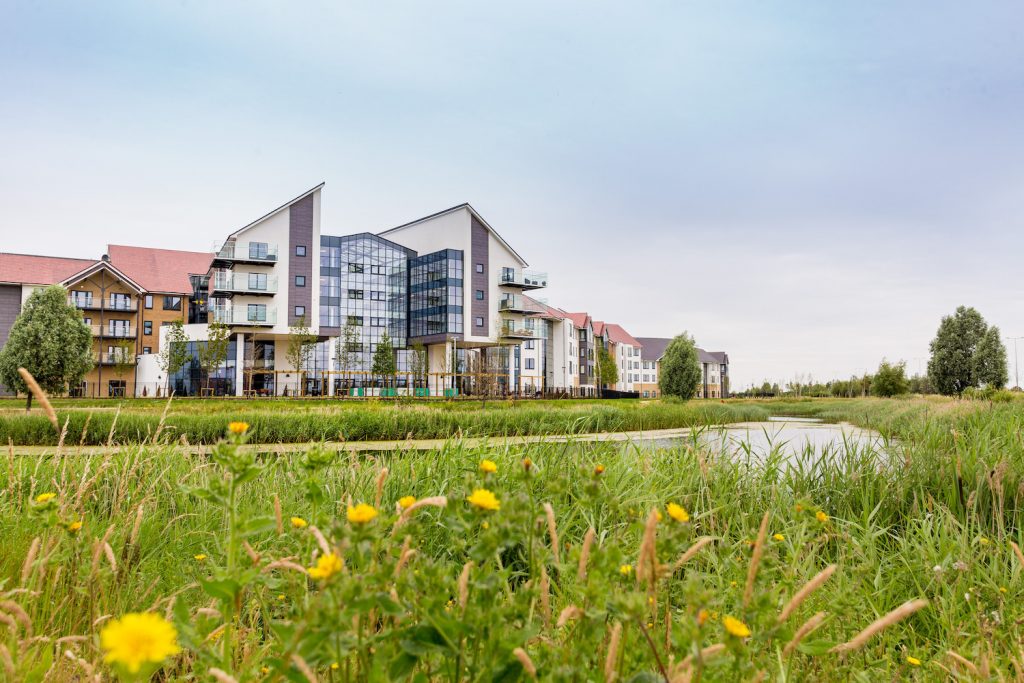 David and his wife June, 83, met in November last year and married in April, they were both keen to ensure their health ‘did not become a burden’ to their families, they are now feeling the benefits of the village, after moving into their rental apartment.

“After a pamphlet advertising Wixams Village arrived in my then home in October last year, I immediately felt it was for me,” said David, who has fibrosis on his lungs, an incurable illness which means he will gradually lose his breath over time.  “After meeting June shortly after, I wanted to show her my future dream home and after being shown around we both fell in love with the place.  “Having care and well-being services available to us in the village is absolutely vital. If my wife’s health deteriorates it’s essential for us to know that there will be care on offer, as this will take a lot of pressure off our children as my fibrosis gets progressively worse.  “The amenities here after first class and the smiling staff are always so dedicated and happy. 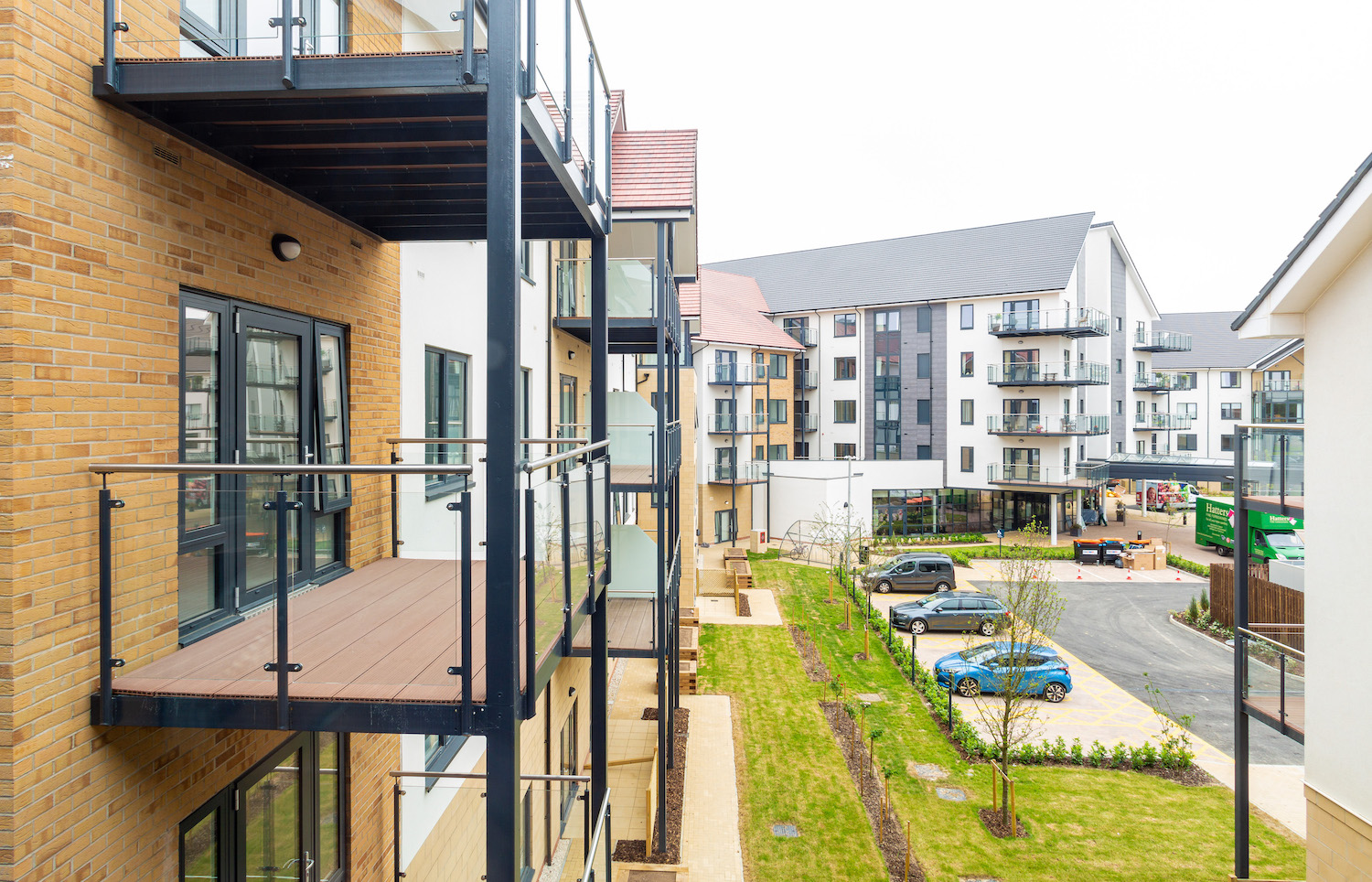 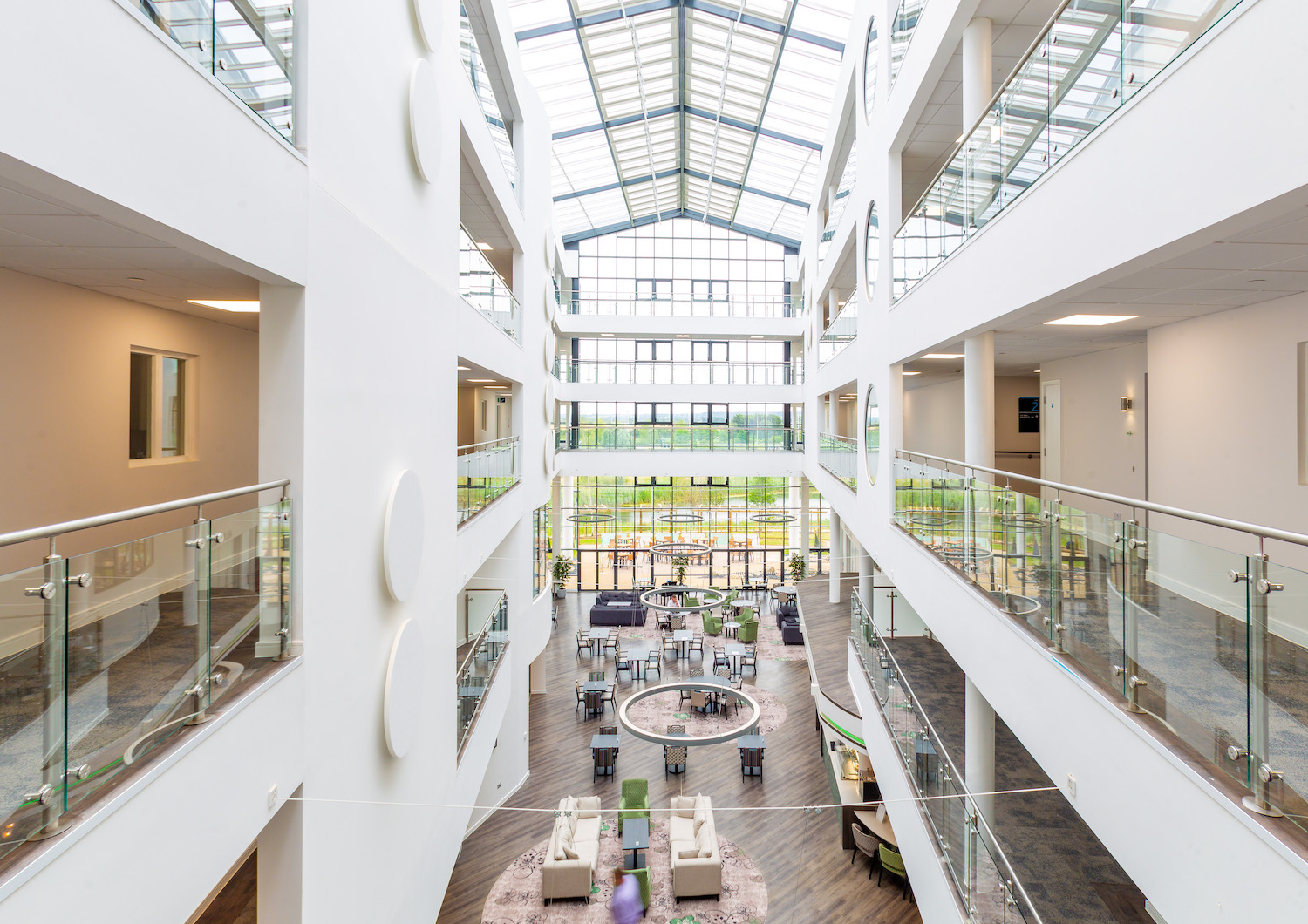 ” Myself and June will always be ambassadors of the village and are proud to be associated with this magnificent project.”

Since moving to the village, David has set up a bingo club, which got a successful uptake of 39 players.  “We also both join in with the quiz nights, and I enjoy playing a game of snooker, which I think is a fantastic facility that we have here,” added David. “The staff are absolutely fantastic and a delight to associate with. Since we’ve been here, they could not have been more helpful. I’ve got nothing but compliments for them and they do it with a smile as well, which is so important.”

Bedford’s Borough Council Mayor, David Hodgson, said at the opening that he had been “watching the development of the village over the past few months and years with interest.”  “It’s fantastic to see some familiar faces here, with the village not only allowing current residents to stay close to their families, which they might not have been able to do but also welcome new residents to the area,” he added.

A recent study, with Aston University and Lancaster University, found that residents living in ExtraCare’s retirement villages showed a reduction in their dependence on GP and hospital services, which means a 38% reduction in NHS costs per year.  Exercise in residents increased by 75%, with anxiety levels dropping by 23% and 86.5% were never or hardly ever lonely.

ExtraCare Charitable Trust Chief Executive, Mick Laverty said: “Our charity’s mission is creating sustainable communities that provide homes older people want, lifestyles they can enjoy and care if it’s needed. This means our residents can enjoy opportunities on their doorstep, whether it’s socialising in the bistro, volunteering in the village shop, taking part in a fitness session or singing in a choir.  Facilities at this village will also be open to the wider community, enabling the village to become a social hub for families, friends, and volunteers representing all age groups.”

The village has been developed thanks to a partnership between ExtraCare Charitable Trust and Bedford Borough Council, with Homes England making a £1.288 million contribution to support rental housing at the village.

Carol Cairns, Head of Home Ownership and Supply for Homes England in the South East, said: “Homes England is committed to helping more people access quality homes in the areas where they’re most needed.  “We’re pleased to have supported the ExtraCare Charitable Trust and Bedford Borough Council to create homes in Bedford which will offer older people purpose-built accommodation that meets their needs.”

A registered charity since 1988, The ExtraCare Charitable Trust operates 19 other retirement villages and housing schemes, located in the central, south and north Midlands and the North West and is developing a new village in Solihull. Its Lark Hill Village in Nottingham, the largest retirement village in the UK, recently featured in the second series of BAFTA-nominated Old People’s Home for 4-Year-Olds on Channel 4.