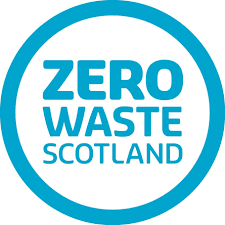 Pass it on Week

Scotland’s annual celebration of swapping, sharing, donating and repairing takes place from 7-15 March 2020 and this year’s Pass it on Week theme is  “The Great Toy Rescue”.

Get on board with The Great Toy Rescue

The star of children’s TV show Molly and Mack is urging Scots to hand their old toys on to be enjoyed once again as part of Zero Waste Scotland’s Pass it on Week.

Joshua Haynes, who plays Mack in the hit CBeebies show, says it is more important than ever that we make better use of our resources to protect the planet.

Taking place from 7 – 15 March, Pass it on Week, with support from the European Regional Development Fund, is the national celebration of reuse. This year, the theme ‘The Great Toy Rescue’ encourages Scots to pass items on so they can play another day.

Passing on toys that are in a good condition, or just need a little fixing up, benefits the environment by avoiding the need to buy new and also diverts existing valuable materials from potentially ending up in landfill or incineration.

People can do their bit by simply passing on the toys their children no longer play with.

There will be plenty of opportunities to get involved as events are set to take place across Scotland over the week. Local schools and community groups are encouraged to visit the Pass it on Week website to sign up for their event.

“It’s more important than ever to be making better use of our resources. The effects of global warming are now here for everyone to see and it’s not a debatable possibility, it’s a very real and tangible thing.

“We’ve got to do whatever we can to help retain the natural beauty and wonder of our world and finding out how to better use what resources and materials we already have are one of the biggest steps to achieving that goal.”

Joshua has shared his own story of his favourite childhood toy ‘Pal’ to highlight why it’s so important to value what we already have and how passing on can make someone else’s day.

He said: “My favourite toy as a kid was this kind of bean-bag, kind of plush puppy who I called Pal. I used to keep Pal by my side at all times whenever I was in the house – and whenever I’d go on holiday, I’d be making sure to take Pal with me.

“When I first got Pal I noticed he had some kind of damage on his front left paw. Instead of asking my mum for a new toy I saw this as something that made him really special, unique. My special dog with his hurt paw. So, because of that, I wanted to take extra special care of him – which he definitely got.

“Unfortunately, one day when going to visit my family in Liverpool, I lost Pal while on the train and never saw him again. Obviously, I was incredibly upset and a lot of phone calls were made to try and find him but with no luck.

“Although the thing I was so upset about wasn’t the fact that I had lost my favourite toy but that I was actually more concerned that someone wasn’t going to look after him properly. In the end, my mum helped me get over it by telling me that some other kid will have found him and that he would be making them happy now.”

He continued: “Pal taught me a lot of different things growing up, for example, don’t leave your favourite toy on a train! But the most important thing I learned from my favourite toy was that sharing something, even if it means the world to you, can help make the biggest of impacts on someone else.”

A study by Zero Waste Scotland found that 85% of parents say they mainly pass on the toys that their children no longer play with. Meanwhile, 81% say they would give their children a toy previously used by a friend or family member. At least 58% would give them one from a second-hand shop or a resale site like eBay or Gumtree.

Four-fifths of Scotland’s carbon footprint is caused by the goods and materials that we consume, whether it is food, clothes, toys or electrical equipment. Maximising the use of the materials we have will reduce the level of greenhouse gases produced. It will also protect habitats and biodiversity by reducing the demand to find and extract new materials.

“Every aspect of our lives touches on the climate emergency in some way. Conserving existing resources is one of the most powerful and easiest ways to make a difference. Passing on old toys is a great way to share happiness, plus buying and wasting less will protect the environment and reduce Scotland’s carbon footprint. Never think you are too small to make a difference.”

The Revolve certification, run by Zero Waste Scotland, is the national reuse quality standard given to shops selling second-hand goods. Shops must meet high standards in cleanliness, safety, service, and value for money to gain the Revolve certification. When customers see the logo in-store, they can be assured they are buying high-quality goods.

There are currently more than 140 shops in Scotland that carry the Revolve certification.

For more details and to register you’re Pass it on Week event, visit passitonweek.com.

Pass it on Week is part of Zero Waste Scotland’s Resource Efficient Circular Economy Accelerator Programme, which will invest £73m in circular economy and resource efficiency projects, thanks to support from the European Regional Development Fund (ERDF).

We are a not-for-profit environmental organisation, funded by the Scottish Government and European Regional Development Fund.

More information on all Zero Waste Scotland’s programmes can be found at https://www.zerowastescotland.org.uk/. You can also keep up to date with the latest from Zero Waste Scotland via our social media channels – Twitter | Facebook | LinkedIn

The Scottish Government is the Managing Authority for the European Structural Funds 2014-20 Programme. For further information visit our website or follow @scotgovESIF.